A national leader and pacemaker within the green movement, Rev Yearwood has been successfully bridging the gap between communities of color and environmental issue advocacy for the past decade. With a diverse set of celebrity allies, Rev Yearwood raises awareness and action in communities that are often overlooked by traditional environmental campaigns. Rev Yearwood’s innovative climate and clean energy work has garnered the Hip Hop Caucus support from several environmental leaders including former Vice President Al Gore’s Climate Reality Project, National Wildlife Federation, Earthjustice, Sierra Club and Bill McKibben’s 350.org.

Rolling Stone deemed Rev Yearwood one of our country’s “New Green Heroes” and Huffington Post named him one of the top ten change makers in the green movement. He was also named one of the 100 most powerful African Americans by Ebony Magazine in 2010, and was also named to the Source Magazine’s Power 30, Utne Magazine’s 50 Visionaries changing the world, and the Root 100 Young Achievers and Pacesetters.

Rev Yearwood is the subject of a Discovery Network Documentary for the Planet Green Channel. The film, ‘Hip Hop Rev’ (www.HipHopRev.com) follows a year in the life of Rev Yearwood, capturing a stunning but often unseen side to environmental activism. It is a one-year journey where the cameras capture the highs and lows of Rev Yearwood’s efforts to involve urban communities in climate activism and green economy solutions. DJ Biz Markie, musician Wyclef Jean, actress Gloria Reuben, musician D. Woods, EPA Administrator Lisa Jackson, activist Van Jones, and Rep. Barbara Lee, are all featured in the film.

Rev Yearwood is a national leader in engaging young people in electoral activism. He leads the national Respect My Vote! campaign and coalition (www.respectmyvote.com). In the 2012 Elections, numerous celebrity partners have joined the campaign to reach their fan bases, including Respect My Vote! spokesperson 2 Chainz.
The Hip Hop Caucus registered and mobilized tens of thousands of young voters to the polls in 2012. In 2008, the Hip Hop Caucus set a world record of registering the most voters in one day: 32,000 people across 16 U.S. cities. This effort was part of the Hip Hop Caucus’ 2008 “Respect My Vote!” campaign with celebrity spokespeople T.I., Keyshia Cole and many other recording artists, athletes, and entertainers.

Rev Yearwood entered the world of Hip Hop Politics when he served as the Political and Grassroots Director of Russell Simmons’ Hip Hop Summit Action Network in 2003 and 2004. In 2004 he also was a key architect and implementer of three other voter turnout operations – P. Diddy’s Citizen Change organization which created the “Vote Or Die!” campaign; Jay Z’s “Voice Your Choice” campaign; and, “Hip Hop Voices”, a project at the AFL-CIO. It was in 2004 that he founded the Hip Hop Caucus to bring the power of the Hip Hop Community to Washington, DC.
Speaking At
Keynote: Racial Equity, the Climate Movement, and Transportation Electrification 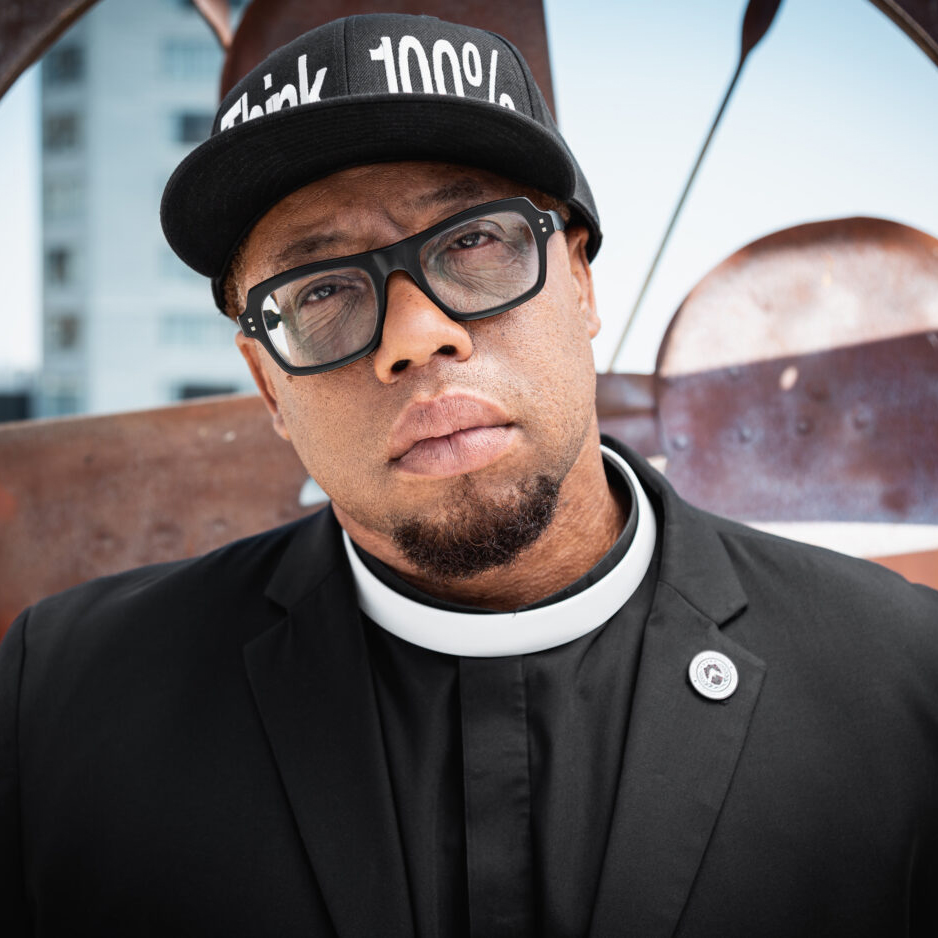