Full Name
Administrator Michael Regan
Job Title
United States Environmental Protection Agency
Speaker Bio
Michael S. Regan was sworn in as the 16th Administrator of the United States Environmental Protection Agency on March 11, 2021, becoming the first Black man and second person of color to lead the U.S. EPA. Administrator Regan is a native of Goldsboro, North Carolina, where he developed a passion for the environment while hunting and fishing with his father and grandfather, and exploring the vast lands, waters, and inner Coastal Plain of North Carolina. As the son of two public servants - his mother, a nurse for nearly 30 years, and his father, a retired Colonel with the North Carolina National Guard, Vietnam veteran, and former agricultural extension agent - Michael Regan went on to follow in his parents' footsteps and pursue a life of public service.

Prior to his nomination as EPA Administrator, Michael Regan served as the Secretary of the North Carolina Department of Environmental Quality (DEQ). As Secretary, he spearheaded the development and implementation of North Carolina's seminal plan to address climate change and transition the state to a clean energy economy. Under his leadership, he secured the largest coal ash clean-up in United States history. He led complex negotiations regarding the clean-up of the Cape Fear River, which had been contaminated for years by the toxic chemicals per- and polyfluoroalkyl substance (PFAS). In addition, he established North Carolina's first-of-its-kind Environmental Justice and Equity Advisory board to better align social inequities, environmental protection, and community empowerment. Previously, Administrator Regan served as Associate Vice President of U.S. Climate and Energy, and as Southeast Regional Director of the Environmental Defense Fund where he convened energy companies, business leaders, environmental and industry groups, and elected officials across the country to achieve pragmatic solutions to the climate crisis. He began his career with the U.S. Environmental Protection Agency, eventually becoming a national program manager responsible for designing strategic solutions with industry and corporate stakeholders to reduce air pollution, improve energy efficiency and address climate change. Throughout his career, he has been guided by a belief in forming consensus, fostering an open dialogue rooted in respect for science and the law, and an understanding that environmental protection and economic prosperity go hand in hand. Administrator Regan is a graduate of the North Carolina Agricultural & Technical State University, making him the first EPA Administrator to have graduated from a Historically Black College and University. He earned a master's degree in Public Administration from The George Washington University. 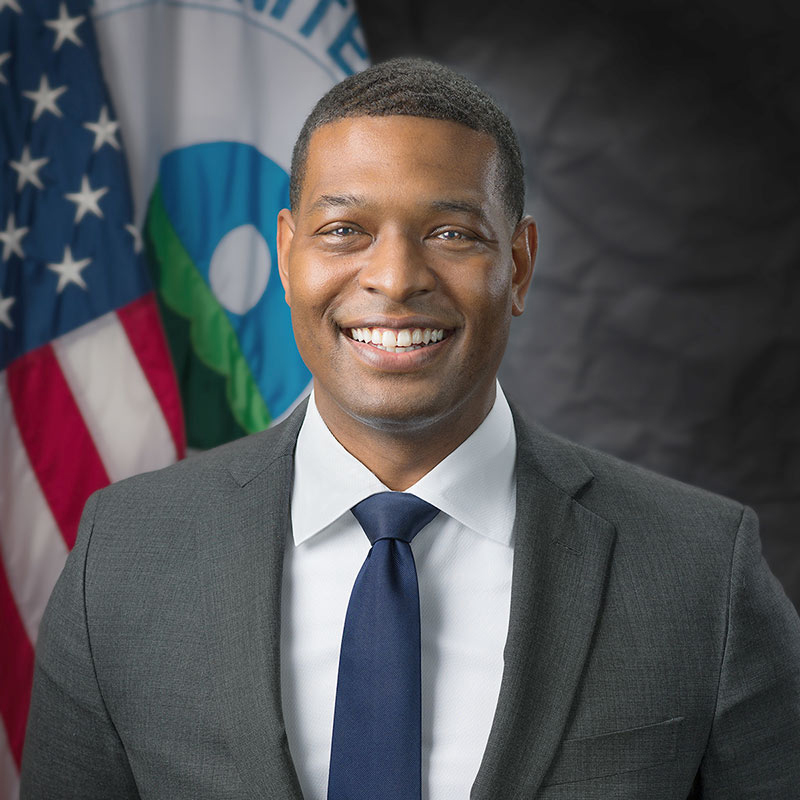